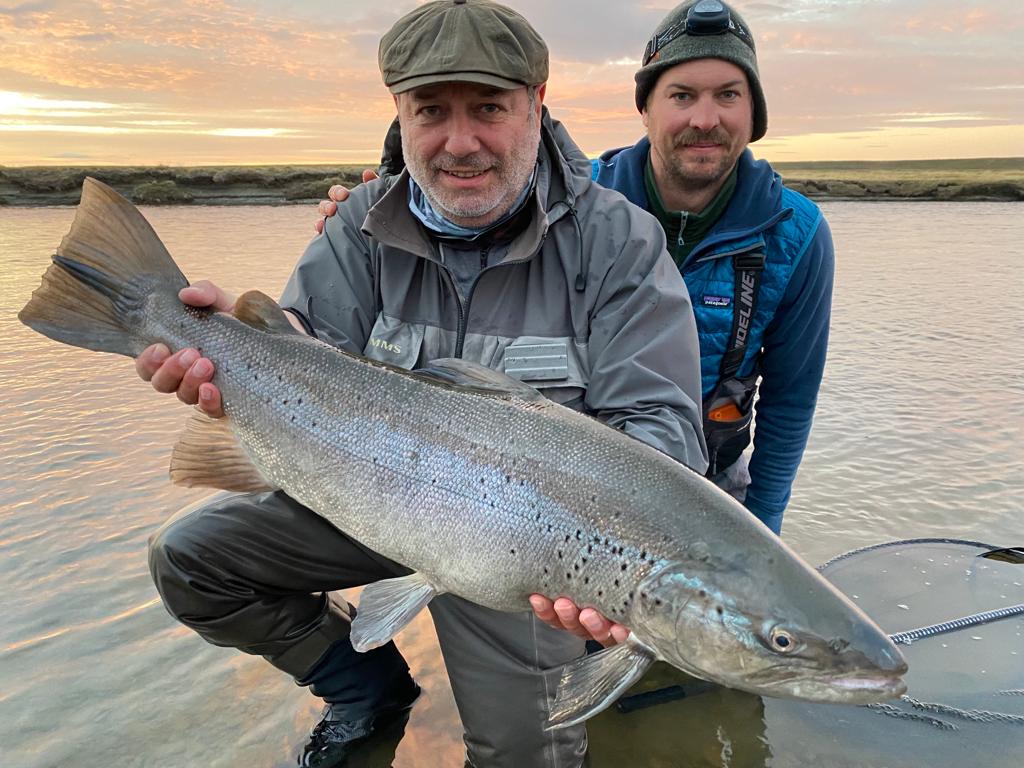 (Photos at the bottom of page!)

Following our fantastic past week, all had great expectations for the fishing ahead. It was especially noteworthy as we had the pleasure of hosting the CEO of Nervous Waters and his friends from Argentina along with guests from the USA and the UK. The Grande river was still dropping steadily from its previous high level and the Menendez became significantly lower and clearer as the week went on. Water temperature, especially in the mornings, was cold and techniques needed to be adjusted in order to be successful before it warmed up in the middle part of the day.

Robert, staying his second week with us, started out the week with a bang with a fish of just under 19lbs in our upper beats. After his multiple trophy-sized fish from the previous week, it was clear that his streak was not over yet. He would go on to hook another fish in the 18lb class among many others to his rod.

One pleasant surprise throughout the week was the number of hyper bright fish we continued to see. Many looked as if they had only spent days in the river and came in all size classes. The few sea-winter smaller fish that have shown up in good numbers were still around, which was great to see as they are the future of the river. At a growth rate of around three pounds per year in the ocean, it is not long before these turn into the larger fish all hope to come into contact with. Yet, bright fish in the larger size were present as well, evidenced by Marcos’s beautiful 19lber also taken from our upper beats. A fresh male of this quality is the ultimate Rio Grande trophy! Ray took a similar-sized fish, this time a hen days later, making his trip quite the success.

It was extra special this week to introduce a few new anglers to the sport of fly fishing. The Rio Grande is not an easy place to start from scratch, but thanks to our guides’ tutelage, both Jose and Matias were able to land their first-ever fish. Even more significant was the quality of these sea-trouts, as Jose took a very fresh 12lber and Matias landed a trophy of 16lbs not long after. For one’s introduction to fly fishing and spey casting, this is quite the achievement!

As we look ahead into the last week of the season, we start to reflect on the amazing quality of fishing and experience present here at Kau Tapen with more to come for the year and the future. The river looks to be in good shape despite the cold water and plenty of healthy fish, including the last runners from the ocean, are around and thriving. A bit of rain and snow is in the forecast for both the estancia and the mountains feeding the Rio Grande, which may affect the river in the coming days. Hopefully, the great fishing will continue and happy anglers can hold a few more magnificent sea-trout.

For the final week of the season, we welcomed guests from the USA, Argentina, and New Caledonia. The international groups from all around the world have been a pleasure to host this season and this week was no different.

A mix of veteran sea trout anglers and those brand new to spey casting and anadromous fish made their way to both our rivers that were steadily dropping and clearing. Conditions were in great shape except for the bitter cold that brought water temperatures down early in the morning. While the sun is usually one’s enemy when fishing for sea trout, this week there was a sharp increase in catch rates as the day progressed onwards and temperatures began to climb. There were certainly a few days with ice in the rod guides, sometimes all the way until noon. However, this did not stop our group and the Grande and Menendez gave up some fantastic fish to end our season.

Menendez was a standout throughout the week starting with Charlie’s 3 fish to 13lbs on day 1, while Martin also landed one of 15lb. Fish this size were seen regularly this week, as Francisco brought two to hand on the following day, along with solid fish for Rudesino and Martin.

As their week went on there was a notable increase in the fish quantity and quality and those willing to put in some time with the two-hander on the Grande or carefully pick pocket-water on the dropping Menendez were heavily rewarded. Ricardo started off this big fish streak by landing an 18lb beauty from the upper Grande. Then the next morning a 19lb fish was landed for Jaime in Menendez. The last evening will go down as some of the most prolific fishing for the season. First of note was a 19lb male for Matias that took him far downstream into the next pool before it was landed. Next was a beautiful chrome hen of just over 20lb for Ricardo in the Grande. Finally, Patrick landed the fish he flew all the way around the world for with guide Valentin- an incredible 92cmx 55cm 26lb hen in the Menendez.

This is quite the accomplishment for our smaller tributary and there were smiles all around after a lengthy battle. This is by far the biggest fish in the Menendez this season and will earn Patrick a spot on the famed “Menendez board” in the lodge alongside Yrki’s giant from the first week. The fish was also landed in a newly scouted pool this season, “Brooks,” which we have easier access to with an improved road system, giving us plenty of new places and the choice to hop between Menendez and Grande.

With the season coming to a close, we can now reflect on the fantastic few months that are in the past and look forward to next year. Following an uncertain time through the pandemic, we are happy to see our friends here with us at what is no doubt the best sea trout river on the planet. Kau Tapen is back and the fishing is incredible, but the team both on the water and in the lodge and our amazing guests from around the world are what make this place so special.

Thanks to all for joining us this season and we hope to see everyone again on the water soon! 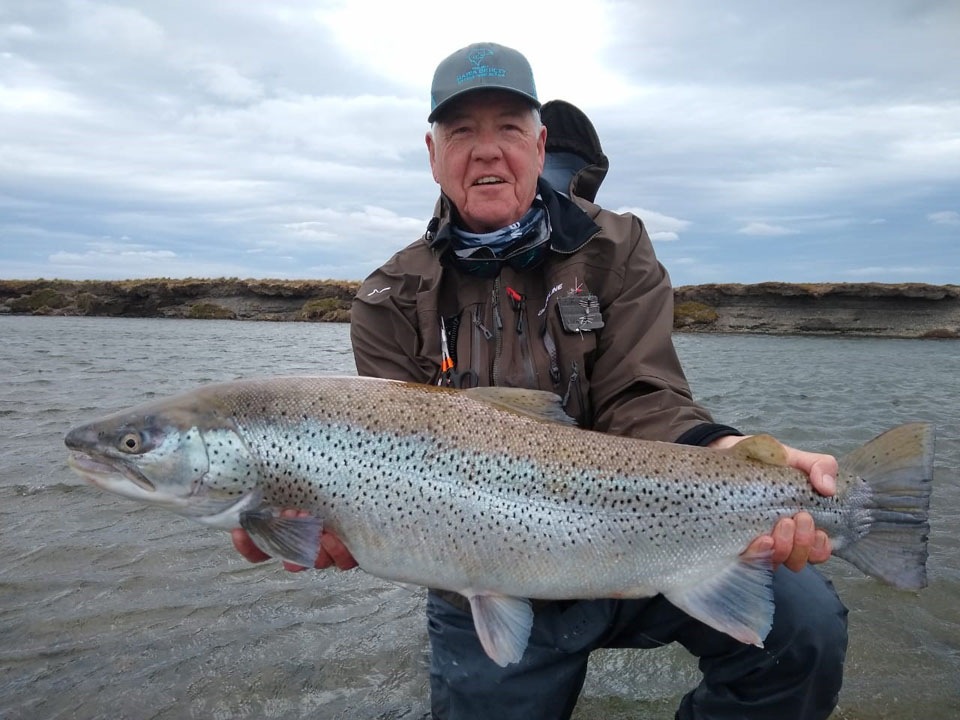 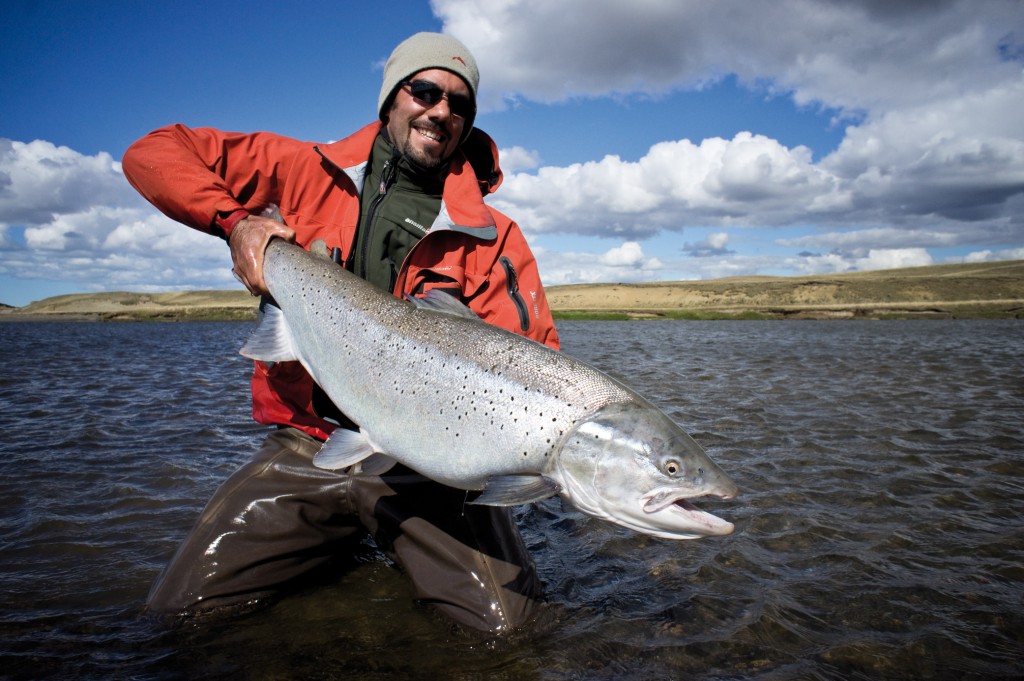