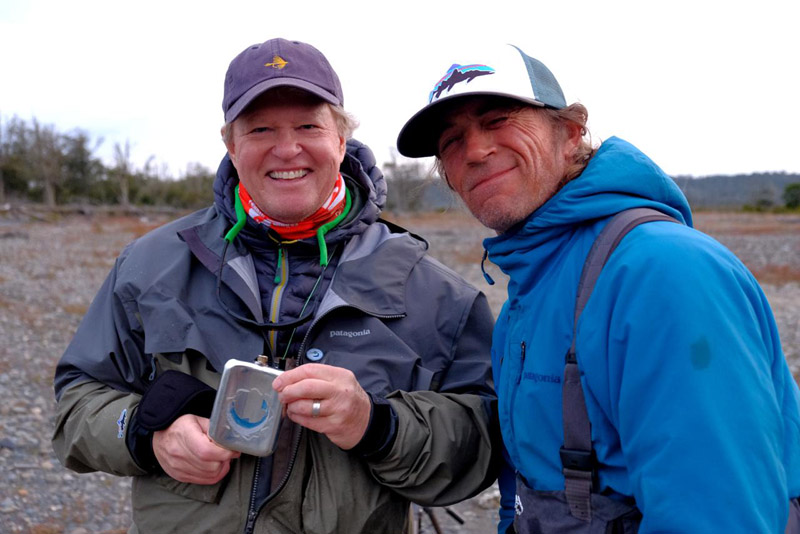 And it left the fourth week of the 2020 season with good fishermen and new friends visiting Worlds End Lodge.
We start the week with the river in good condition and very good flow. Andy, an Alaskan fisherman and his wife Lili who accompanied him on this trip, began to learn a little more about Sea trout fishing. Andy had the pleasure of getting cute copies that were around 10-12 pounds. Brian and James from Great Britain, also on their first visit to the mythical Irigoyen River, were fascinated with their structures, wells, slides and especially with their fishing. Working hard and very focused, Brian managed to land 3 magnificent specimens of 81-82 and 84 cm beating his own record several times throughout the week.
Irwin, experienced fisherman, gave the note of the week. Fishing very well and constantly managed to achieve 26 captures of between 4 and 15 pounds, thus raising beautiful memories and beautiful photos to remember his first visit to the indomitable Irigoyen River. We work mostly with fleet lines, combined with sinking polyliders 4 and 6, between 5 and 7 feet long. In addition, the transparent intermediate points were very effective towards the end of the week when the river came down and acquired a light color, worthy of the best dreams of a seatrout hunter.
the most profitable flies were the traditional articulated ones of Pepefly, wonderbugs to other of some nymphs like the redbut and the prince TDF with rubber feet.
Towards the end of the week the river began to reach and lower its flow, posing new challenges for the coming groups.

Another week ends in the mythical Irigoyen River !!! New friends of Worlds End Lodge spent a week with exceptional weather and beautiful catches.

Kelly, a great connoisseur of the Sea Trouts and their behavior was fascinated with the river and its structure. Working mostly with nymphs he had his biggest reward with a big male captured in the famous Two Colors Bank !! Aline could also connect large Sea trouts, of 14, 15 and 18 pounds !!! What a way to celebrate his birthday at Worlds end Lodge !! Sir Christopher and his sun Chris, fishing for the first time Sea Trouts, were amazed by the river, the way of fishing and their behavior. Working hard they were able to connect beautiful specimens, mostly fresh and very silvers, from the sea, in the lower areas of the river. The upper beats also delivered some beautiful and colorful specimens for their time in the river.

Many robalos caught in the Seapool, (some of them really very large) completed an excellent fishing week.

We work both N7 and 8 hand teams in 9 and 10 feet and swich 7 equipment of 11 feet, combined with floating lines and different sinking tips of 5 ‘and 7’ in intermediate, fast 2 and fast 4 grades. The river is clear and low with respect to its flow in previous weeks, demanding that both fishermen and guides keep focus working hard.

The most effective flies were the Pepefly nymphs with white legs, the Pepefly black / silver and some models of mini leeches. To close the afternoon fishing sessions, great streamers and different models of intruders were successful. 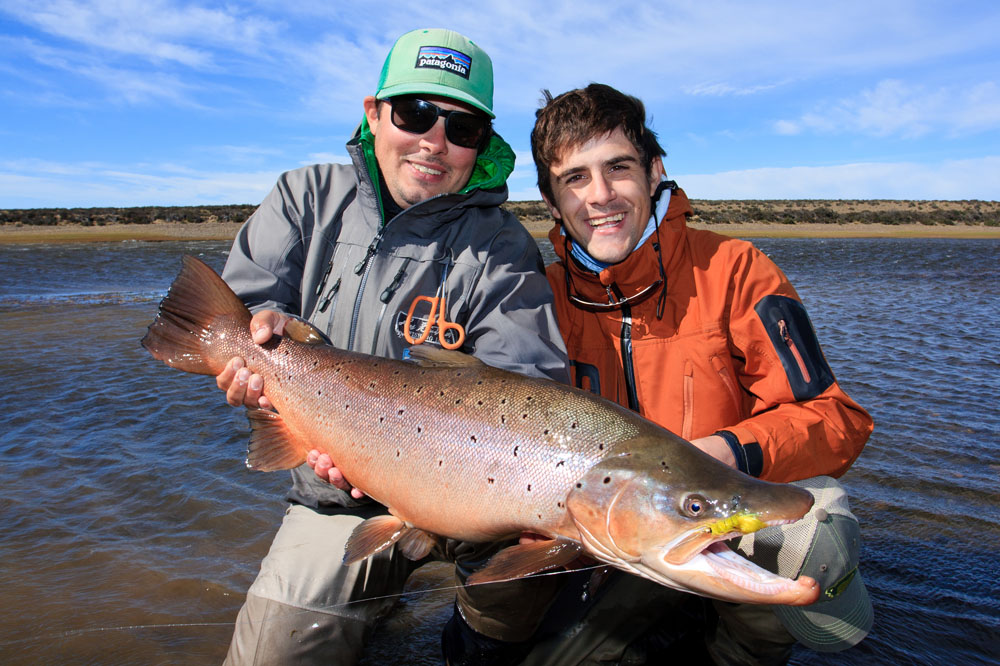 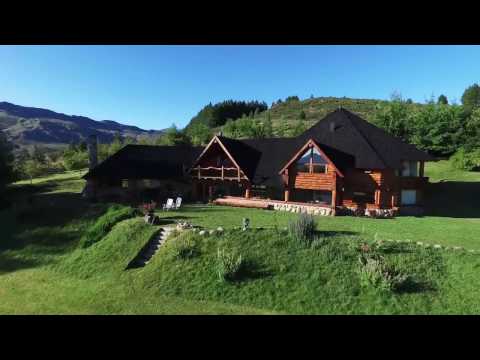