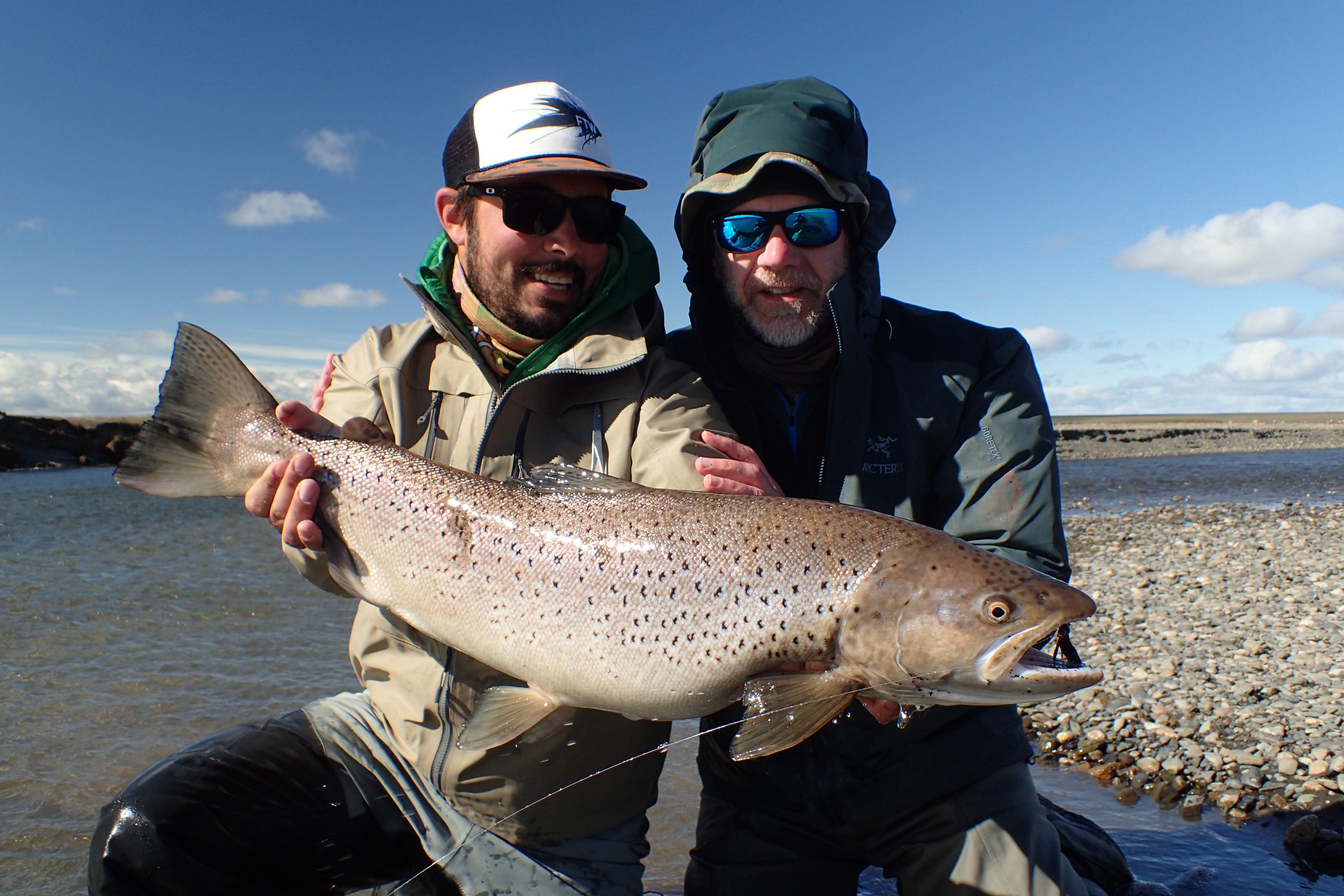 Kau Tapen Lodge on the Rio Grande kicks off its 33rd season this year. Over the years the river has changed somewhat, with the meandering stream cutting through the valley’s soft gravel, pools the currents are often changing. New lies for the fish constantly opening up; others magically disappearing. Having said that, the 2016 winter in Terra Del Fuego was a soft one. It left us with a similar system to last year, but certainly the odd new spot. With very little snow in the headwaters, run-off has been next to nil and the river is currently low and clear. Regardless, we’ve been finding fresh, aggressive fish. If anything, the low water has channeled them up allowing us to cover them with ease.

The fish arrived in good numbers about two days before the first group arrived. While the guides were scouting the river checking old pools and looking for anything new, they relayed these reports. Sure enough, we saw good results throughout Week 1.

Guests included experienced sea-trout anglers and a few first-timers. Everyone caught fish. Bill was our top rod of the week, an experienced fisherman with good knowledge of Kau Tapen’s water. Larry’s first day began with any fisherman’s dream…. He was in Dead Guanaco with our head guide, Gaston. Second cast Larry hooked into a fresh hen weighing in at 18 lbs. The fish put on a circus-like show, cartwheeling down the pool. After a few minutes the fish was safely in the net. Of course after a quick picture and the release Larry proceeded back to the same spot to continue on the fishing the pool. One cast later the line went tight and the reel began to sing for the second time, another great fresh fish weighing in at 15 lbs. A flying start to the week so well done by Larry.

The majority of the fish this week were all caught on floating lines with sinking or intermediate tips. And heavier tips are unnecessary due to the low-water conditions and warmer water. In other words, fish will move to take the fly. We’ve had a couple nice fish already caught on full floating lines. Air temps have also been tolerable, reaching up to 15 degrees C. and rarely dropping below 10 degrees. We started the week off with very strong winds, gusting up to 75 km. The guests did exceptionally will to stick at it and they were ultimately rewarded for their efforts.

The average size fish for the week was 9.8 lbs. In addition to landing a good number of fish we also had plenty of hook-ups that sadly didn’t make it to the net. Heaviest sea-run brown of the week was David’s fresh 19 pounder, a beautiful pepper-spotted bar of silver.

Thanks to everyone who attended. It was a fun team and we had some excellent fishing! So far conditions look good for the upcoming week. 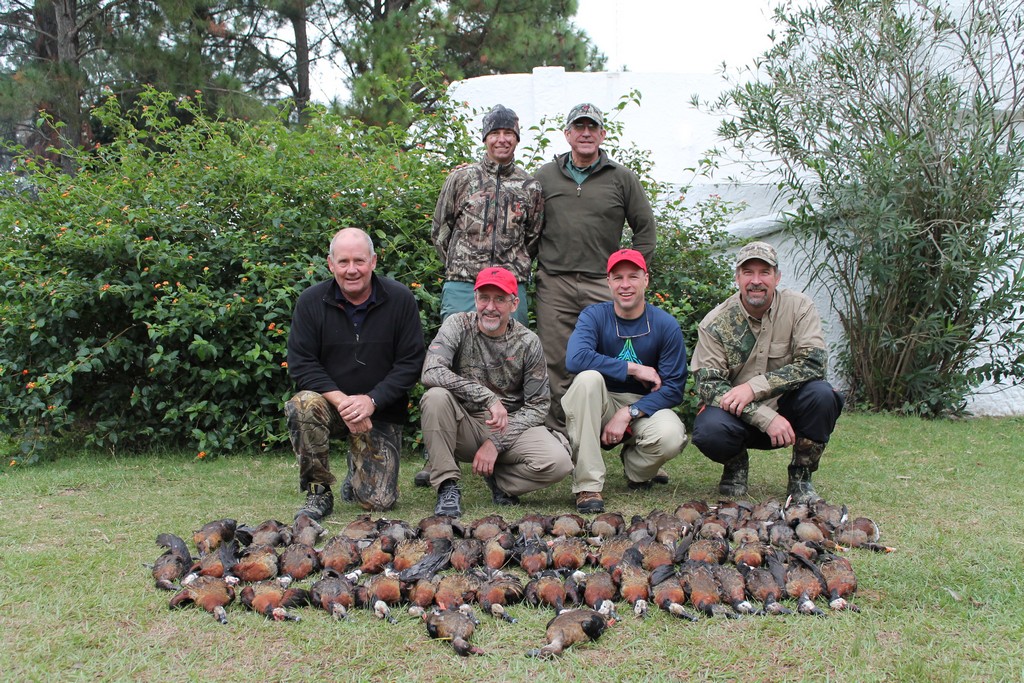 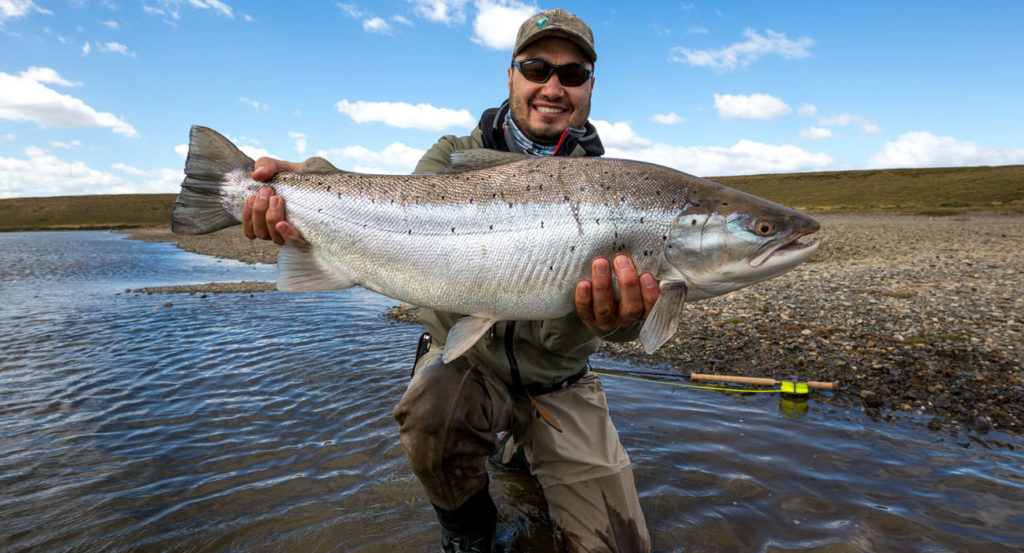