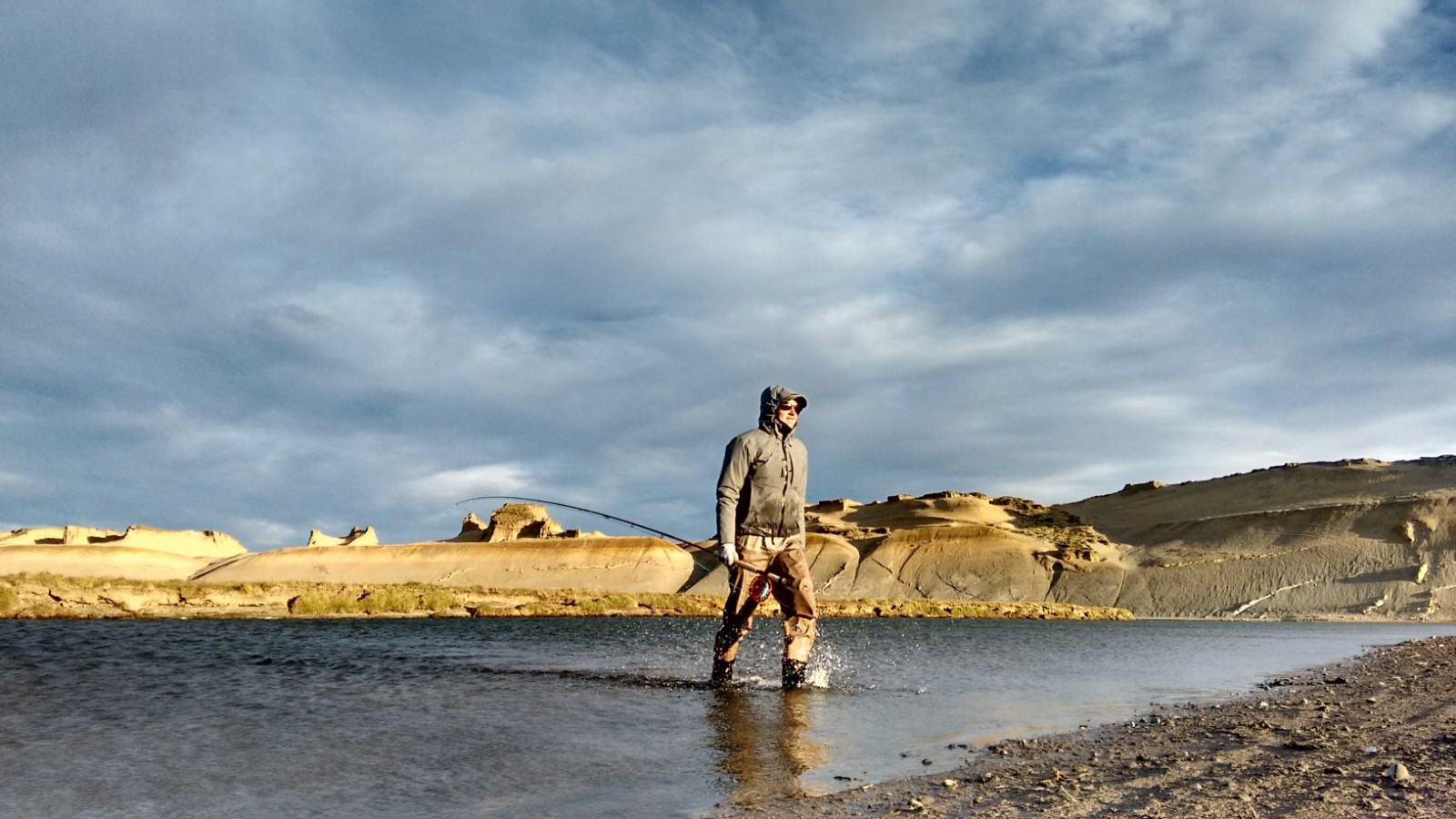 We opened our season with normal conditions for January, which means dry and windy. The water level is lower than last year at the same time and surely on the low side for the time of the season. But the river looks good and without many structural changes following the winter scour. The wind was a major player this week and almost every day we had gusts reaching 90 km/h. This made fishing some spots impossible and turned the river murky, so we lost almost all our underwater visibility. An stamina & patience game for all of us….

The good news is that the fish are running. Several double figure fish were caught, all super silver, super fresh, and with unbelievable power and explosive fights.

Fish are moving quickly upstream and an empty pool in the morning could be filled with rolling and taking fish during the afternoon.

As stated above, because water clarity was compromised most of the days, the most successful set up included good Skagit lines, heavy sink tips of 3-4 mts long and bigger than usual flies. Patterns like leeches, Scandinavian tubes and intruders were the ones that saw most of the action.

The upcoming week’s forecast is for a break in the wind intensity, so we will have to adapt as conditions change. For our second week of the season, the weather returned to “normal” and the 60mph gales from the week before faded to more manageable 20 to 40mph winds. The river conditions improved dramatically.

River levels remain low and the water is very clear, which means we’ve had to carefully consider our approach to each pool before jumping in. Across the week we were forced to change from heavy sinking lines to intermediate tips at times—even in the same pool—due to some very bright and quite days.

The fish are starting to run in good numbers and signs of the great migration are evident in the lower pools. In those sections we’re seeing steady streams of mint sea-runs moving in. And the average size has been good: several explosive double-digit fish were caught this week.

Last week we used ultra-fast sinking tips and big streamers. This week we used mostly light lines, including intermediates rigged with unweighted flies like the always-deadly prince nymph and small rubber legs patterns. Of course, streamers and leech patterns are still a must when the sun starts to set.

We just finished the third week of the season at Villa Maria lodge and it was fantastic!

The weather has improved dramatically from previous weeks with milder temperatures and gentle winds and this combination helped us to get the very best from the river.

However the Swiss anglers we hosted this week have been fishing the Rio Grande for over 10 years so they understood the scenario and did a fantastic job.

It also helped that we had a run of big fresh fish. This year the fish are particularly fat and gorgeous looking!

Slow sinking lines or intermediate lines with 10ft+ leaders were lethal in slow flowing pools. For the deeper or faster pools the use of heavier sinking tips were the best option but still long leaders were useful in those set ups.

Nymphs, both weighted and unweighted were the most successful patterns, especially those that were not very shiny. Some of them fished just below the surface and without any stripping or motion were responsible for some outstanding takes, very similar to a regular or resident trout. This last week we hosted a great group of Austrian and German anglers. There was a mix of first timers, second timers, and long-time repeaters at Villa Maria Lodge. And, luckily, the fishing was in tune with all the fun. We had, so far, the most productive week of the season.

The weather was a bit crazy at the start—crazy good—with pleasantly warm days and light winds. But then we had a full day of heavy rain that led to a subtle spike in river levels. Fish typically don’t like to take flies when the river is rising. Fortunately, the water clarity remained good and after a couple of fishing sessions the fish started committing to the fly again.

After the rain, we had three straight days of unusual heat, where thermometer readings climbed all the way to 26-degrees C! Again the fishing turned tricky, but stabilized in the mornings and late evenings when the sun was off the water.

We experimented with a variety of flies without a clear overall winner. We skated dries, fished nymphs high in the water column, we dredged some pool with tiny flies, and we also used more traditional streamers. Everything seemed to work when fished properly. As always, good presentation is key. Green machines worked well on picky fish. Of course leeches were a must in the darker moments. 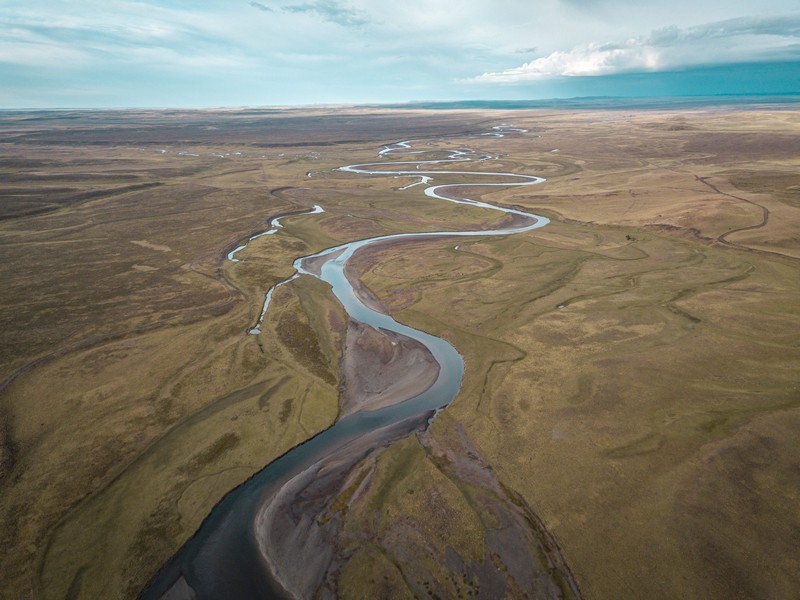 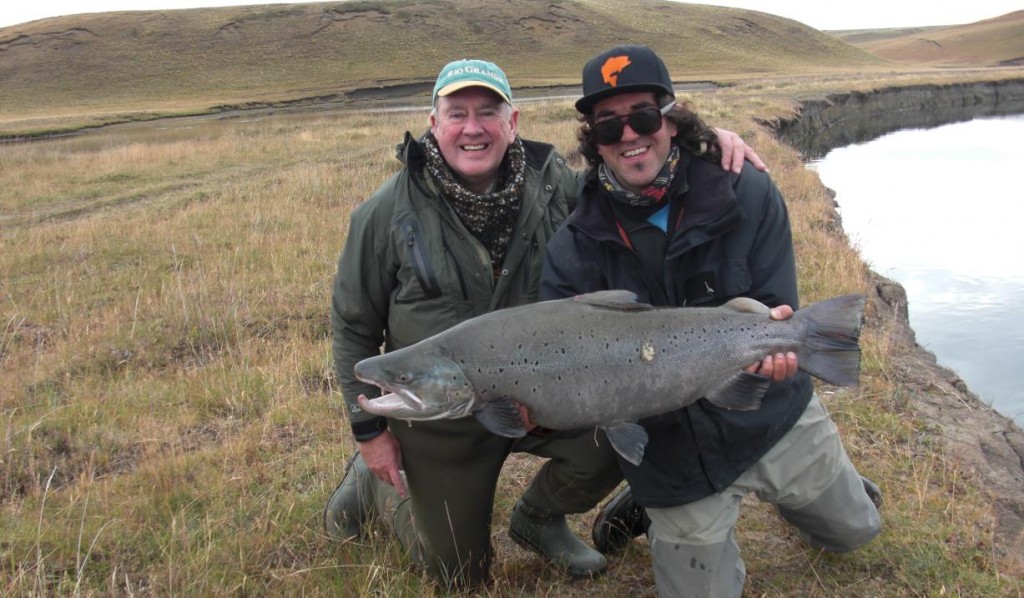 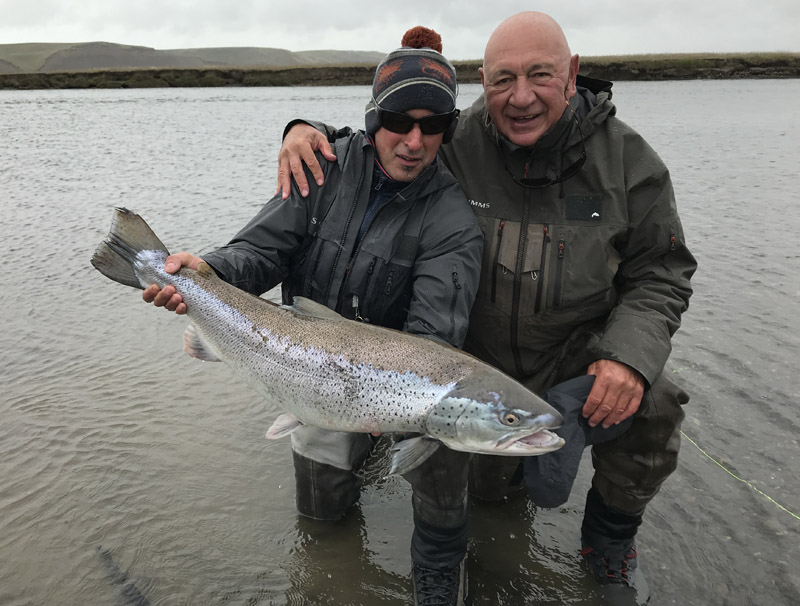