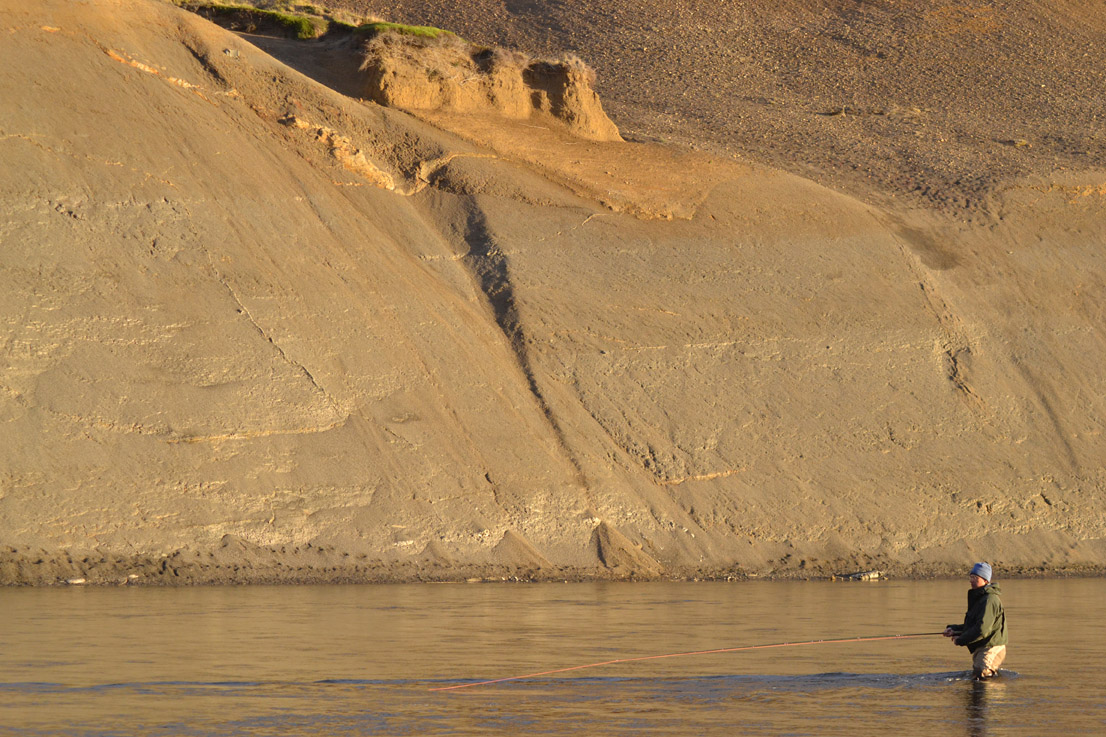 Week number 4 is always a classic as we had the group headed by Alfred B. and Roger Y. that fish here since La Villa opened its doors back in 2004, Keith C., Colin G., Arthur M. and Roger C. completed the group.

Alfred B. had his birthday party on the Rio Grande, and blew 88 candles. Happy Birthday!

Things improved this week, not only in the number of fish landed, but also on the average weight that was very good. Despite these facts, fishing was still hard work in some sessions. The weather was extremely hot for Rio Grande, every day the maximum temperature was 20° Celsius (68°F) or more, being 28° C (82°F). the hottest day in years! Of course water temperature remained way over average, between 10° (50°F) and 18° (64°F) Celsius.  Often, there was a lot of activity on the surface, and fish jumped in the most strange ways due to the warm water temperature.

The weather was too good to be true, with some windy days but calm most of the time. During the week the river level kept dropping. Some of the anglers were convinced that the level is even lower than in 2002. That season, my first one on the Rio Grande, the river was down to bare bones.

We are happy to announce that Colin G. got the biggest fish of the season so far, a 24.5 pounder.

The NBSC (No Blank Session Club) is still vacant, we hope this next week we can have a first member for 2015!

Arthur M. and Roger C. had a memorable session, on which they landed 7 fish between 15lbs. and 19lbs. Congratulations!

A total of 78 fish were landed of which 20 were 15 pounds or more. The top rod was Roger Y. with 24 fish landed. The average weight really improved to 9.5 lbs.

Floating lines were perhaps the most successful lines, the fish were keen on taking on the surface, but in some pools the key was to go deep with short fast sinking tips.

The Wonder Bug nymph was one of the top flies, the Green Machine, Sun-ray Shadow, Collie Dog, EMB, Aurelia Prince, Turk’s Tarantula, Intruder, and olive wooly Buggers, were the most successful flies. 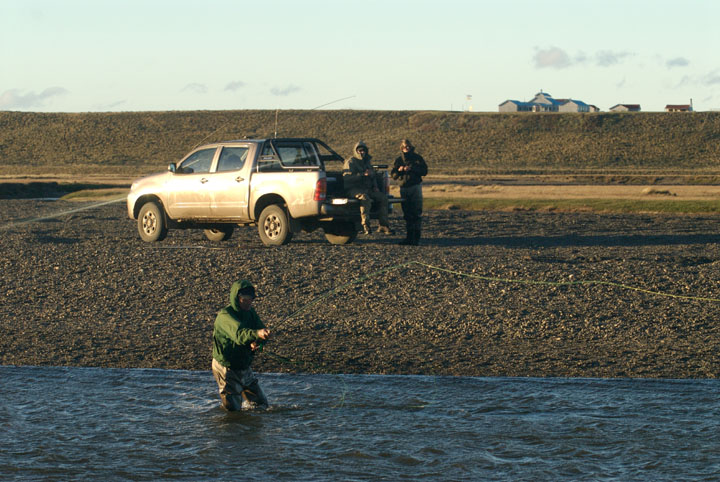 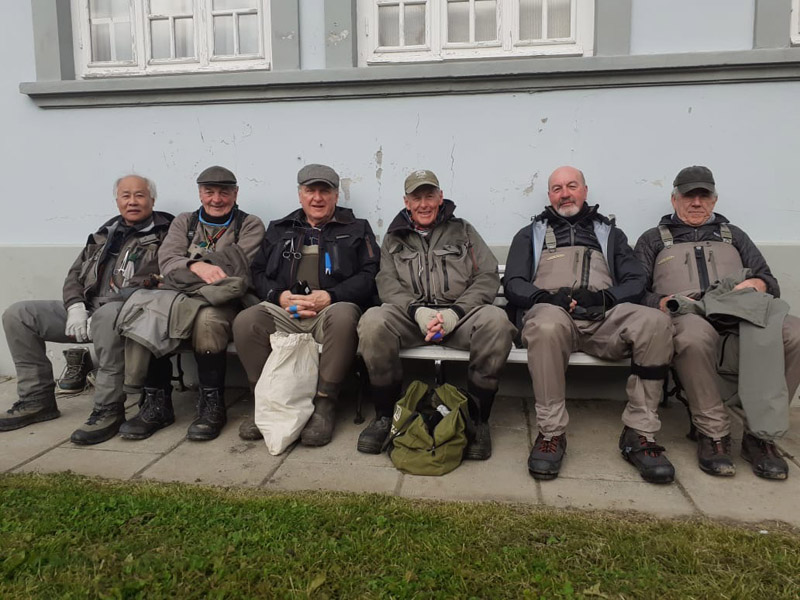